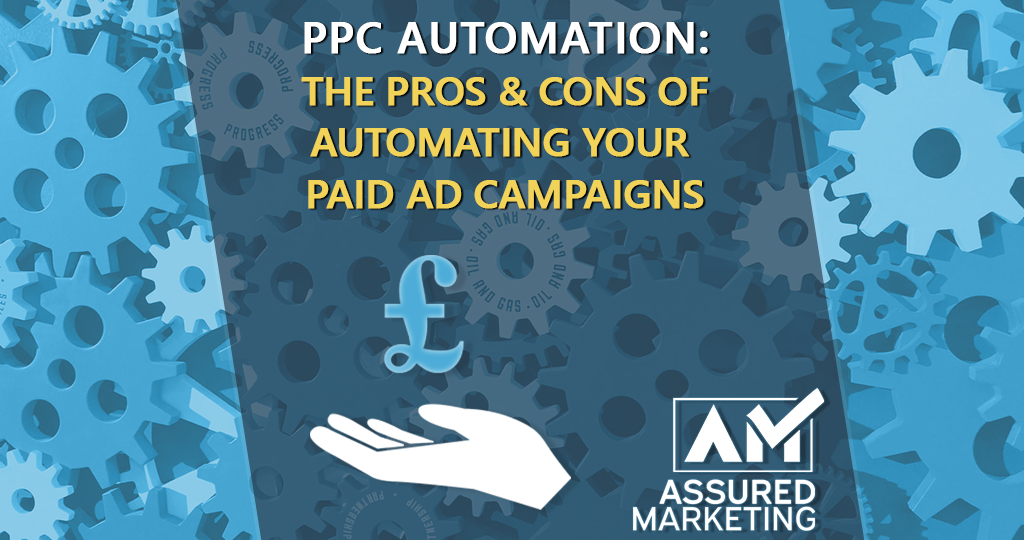 Innovation in the automation of previously manual based processes through the advancement of Artificial Intelligence (AI) is rapidly altering the landscape of nearly every industry.

Digital marketing is no different, and the increase in being able transform previously time consuming procedures into autonomous ones is an attractive proposition for the modern day marketer. Specifically, when it comes to areas of Pay-Per-Click (PPC) Advertising; such as your bidding strategy, reporting and performance tracking.

PPC automation has become a dividing issue amongst many marketers and whilst it is not without it’s many faults (and we’ll get to those) there is a clear opportunity for the advancement of this area of digital marketing through taking a more autonomous approach.

In this blog we’re going to dive in and observe the different factors that can be considered when we look at both the benefits and restrictions of implementing more automation into PPC management.

What Is Paid Search Automation?

As briefly discussed in the introduction to this blog, the concept of PPC Automation stems from the objective to use AI simultaneously with machine learning to analyse, evaluate and optimise PPC campaigns.

There is an attraction shared by both agencies and other organisations alike in that using this innovative and automated technological solution is able to accurately manage PPC campaigns with greater accuracy and efficiency.

Automation is quickly becoming a more accessible option for those who are investing in paid digital media and it’s practicality has been fairly well received thus far – though perhaps this is due to those praising the technology not properly considering the limitations which it has.

What Are The Pros Of PPC Automation

Running and managing successful PPC campaigns requires not only a methodical approach but also a sound understanding of data science on the part of the individual who will be controlling the campaign. PPC Automation seeks to relieve not both of these requirements – but most certainly the latter. To have AI analyse data and optimise on your behalf makes the process of ad campaign management simpler for all. So here are the ways in which PPC Automation can be incredibly beneficial to overall campaign performance:

The human marketing mind, though powerful, will not be as efficient at data processing than an AI can be. Yes there is more to bid strategy than just data analysis and entry, but on the whole, automating paid advertising campaigns will lead to more efficient bidding for most campaigns.

The main reason of which this is true, is in the amount of time that can be saved from automating a bidding strategy. Rather than having to manually identify which keywords you are best placed to be bidding for and then entering those bids manually is cumbersome – yet having this autonomously carried out by a system/algorithm is a much more efficient method.

Secondly, ‘Smart Bidding’ can be utilised incredibly effectively in regard to meeting your target Return on Ad Spend (ROAS). The automation process in this case is able to use machine learning to adjust auction bids in a way that keeps the campaigns running (theoretically) in a more cost-efficient manner.

The ongoing planning and strategy for a PPC campaign derives from the quality data that is able to be acquired from their current performance. Ordinarily this entails the person responsible for the campaigns sifting through extensive amounts of data in order to determine which areas are performing well and which will need careful monitoring and attention going forward.

Whilst strategy is something that the person in control can remain in control of, the automated data analysis can again be conducted in a much more efficient manner than if it were to be done manually. Secondly, the data can be evaluated through a process that encounters less errors when it is done autonomously. This clearly indicates the benefit of having more accurate data to work with when strategizing around the future of individual advertising campaigns.

What Are The Cons Of PPC Automation

Every technology is not without its limitations, and whilst it would seem as though automated PPC looks to be the future of paid digital advertising, there are multiple issues presented by utilising this innovative approach to paid ad management. It’s a common assumption that machine learning can only ever be as powerful as the human mind behind it, and though AI technology is advancing rapidly, in the case of automated PPC there is certainly truth to this assumption.

A system in which there is not complete control on the person responsible for the campaign will lead to the overall management system being intrinsically weaker. The attraction of the autonomy in this approach is in that the efficiency can be improved and time saved. Though consequently, the resulting reaction to this is that quality may often be sacrificed.

The setup, and daily management of the campaigns can in theory be made much more streamlined through automation but sacrificing control over the way in which ad groups are being run means that the AI’s autonomous nature cannot always align with the needs of a business in the long run.

One of the positives highlighted as a pro of PPC automation was in regard to meeting a target ROAS. This – whilst correct – does not by definition however, translate into ads running at their maximum profitability.

A machine can rationally evaluate what needs to be done to meet a target, but it simply lacks the human element of wanting to surpass that. The AI technology can most certainly keep your campaign profitable but it will by no means deliver the most profitable results. Perhaps in some cases this is not as large an issue as it is in others, but what is clear is that if an organisation has monetary targets wanting to be achieved from their PPC efforts. Then to ensure that they are met, ad spend will need to be much higher if the campaigns were automated rather than if they were not.

Aside from the most pure minded of traditional marketers, it’s clear that merit can be awarded to the concept of automating pay-per-click advertising campaigns. The technology on which automation relies may not yet be advanced enough for campaigns to be fully automated however. From this factor it would seem clear that the overall conclusion to be drawn is that; automation can in fact be beneficial, although it is crucial for human oversight and intervention in some areas to remain if campaigns are to perform at their most optimal level.